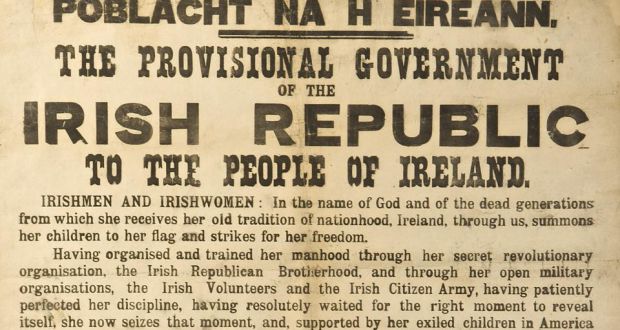 Festivities and Commemorations are coming hard and fast at us right now. St. Patricks day has come and gone but Easter has taken hold and will be with us for a while longer. Calories from chocolate sources will tempt us over the next few days or even weeks. Resistance is futile.

Print production has been as busy as ever at Gp Digital in 2016. We’ve been part of many exciting projects since the turn of the Year and are at the ready to play our part in so much more. It’s been a Hundred years now since the brave men and women of the 1916 Rising sacrificed their lives for the future of this great Country. Everything has changed so much over that time. The way we live, the food we eat, how we travel, how we speak, how we work – it’s all changed.

Take the Print Industry, for example, over the last 100 years. The process itself has changed so much that it has become almost unrecognisable. Imagine the compositors or Printers from 1916 walking the print floor of 2016. What would they think? They’d be excited to see the progress the printing process has made. The smells would have a hint of yesteryear but the noises would be alien to them. The speed of production would blow their minds but the lack of human interaction may concern them.  I think overall, they would take solace in the fact that the end product (the print itself) was still familiar to them.

Quality has certainly improved and the stock availability and different substrate choices are vast but the end product or objectives still remain the same – the message of print, right back to its inception hundreds of years ago, was to inform, communicate and to educate.

Ever wonder about that one document that resonated its intentions around the world and is now part of the historical fabric that made this country so great – The Proclamation? How did it come about? Who typeset it and who printed it? These are questions that not many people can answer but are very relevant to us right now! 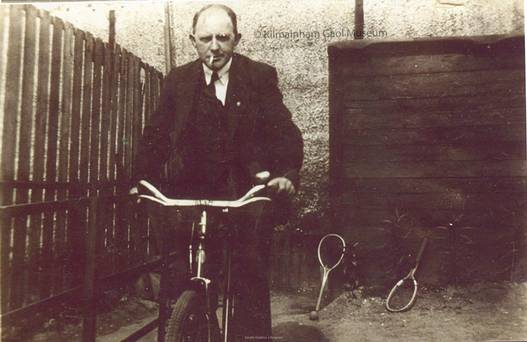 Back in 1916, Liberty Hall to be exact, there was a well-established print department. One of the staff that worked there was Christopher Brady. He was a machine – operator and responsible for the printing of the Proclamation. Others were involved including Compositor Michael J Molloy and Machine-hand Joe Newman.

In an interview with RTE in 1965, Christopher Brady spoke in great detail about his involvement in producing the printed proclamation.

A printer by trade, Brady had been employed at Liberty Hall since 1915, where he printed The Workers’ Republic newspaper and union materials for the Irish Transport and General Workers’ Union. He was approached by James Connolly regarding the printing of the document. Brady agreed and told Connolly that he would be honoured to play his part. In the interview he spoke fondly of the problems they were faced with when typesetting the text. They were short of the letter ‘E’ and had to improvise by drilling into the letter ‘F’. With the help of sealing wax, they were able to fill it and create an ‘E’. Brady noted that the makeshift ‘E’ lasted the full 2500 print run. Connolly proofread before printing. A full version of Bradys Interview can be Seen Here.

Brady and his colleagues remained loyal to Connolly and kept the production of the Proclamation under secrecy until later years. The print industry is steeped in history. Some of the most important documents of this state have been printed by printers with honour and integrity.

The Proclamation has been reproduced many times over the last 100 years. Technology and quality may be better nowadays, but the obstacles that Brady and Co were confronted with in 1916 were overcome using sheer experience, diligence and integrity. These values are the foundation of the print industry in Ireland and echo through every print run and process. One hundred years is a long time in any industry but the hundred years in our print industry is scattered with precious moments both personal and historical. If you were to ask if print has changed much since 1916, the answer is probably, very little. The fundamental objectives remain identical with Brady’s Proclamation. To inform and Educate.