Almost 10 Years in the Print Room 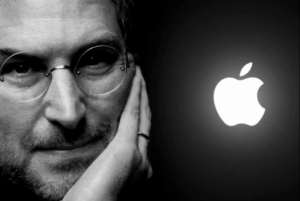 It was almost 10 years ago that GP Digital rose from the proverbial ashes of Techni Graphoplan.

Little did we know back in October 2004 the exciting journey we were about to embark on. Armed with an Agfa Chromapress, an Apple Mac G3 and a couple of aging PCs we began the process of launching a new business. We were almost afraid to look.

Blood, Sweat and long hours were some of the ingredients needed to stay afloat in the early days. Not forgetting convincing clients to come on board and trusting our capabilities. Our end product was always our focus, getting it to that point was our challenge everyday. So much has happened in Gp Digital in the last 10 years. So much has happened around the world since the birth of GP Digital Print. We have compiled a list of important events below that have effected our lives to some extent –

5 events that changed the world since 2004

2004 – The Facebook is launched – Originally a Social Network for Harvard Students. It just couldn’t be contained. Bring back the Poke.

10 years can seem like a lifetime in any business environment. The Print Industry especially has seen exponential technological advancements over the last 10 years. Staying in touch with and on top of these advancements are challenging to say the least. Its these challenges that drive our ambition. Overcoming the odds and beating the recession to it’s knees has helped us define who we are.

Another 5 events that changed the world since 2004

2009 – Michael Jackson and US Airways Flight 1549 – The king of pop shocked the world for the very last time and sadly passed away. Don’t forget Captain “Sully” Sullenberger, the guy that made the perfect crash landing on the Hudson River. Can’t wait for the Movie 🙂

2010 – Volcanic Ash Cloud – How could we forget the Icelandic Volcano Eyjafjallajökull. Volcanic ash from the eruption of the Volcano caused mayhem over the skies of Europe. We always loved the Ferry!!

2011 – Steve Jobs (Our Hero) – Sadly one of the greatest visionaries of the modern era passed away. He revolutionised how we communicate and catapulted Apple to the heights they are today. Can’t leave the house without me iPhone or iPad!!

2012 – London Summer Olympics – Deemed as one of the most successful Olympic games of all time the guys at Gp Digital mastered the Hop, Skip and Jump. Sure didn’t Obama get re-elected and poor aul Whitney Houston passed away.

2013 – Nelson Mandela – A modern day icon, revolutionary, philanthropist and politician sadly passed away. Pope Benedict XVI resigned and we see the rise of the Bitcoin. Don’t forget to put a few Bitcoins away for a rainy day!!

As you can see much has happened during our tenure at GP Digital. We’re expecting much more in the coming years. Our first 10 years have been a learning experience to us all. We have developed as individuals and as a company. We are no longer a company in it’s childhood but a company entering it’s teenage years. These are the fun years and we just can’t wait. As mentioned at the start of this post, we were almost afraid to look in 2004. In 2014 we just can’t stop looking now! Expect better, expect clever, expect everything.